Encounters is a new concept of casual music rhythm game. You must pave the way so the characters can advance and arrive to the final encounter platform. Tap on either side of screen to lower the raised blue tiles.

Each character plays a part of the song. Perhaps they play different instruments, or perhaps one plays the melody and the other the accompaniment. You can train each character separately but to win a level you must coordinate both hands.

The path has some visual clues. The dots mark the first beat of each measure. If you keep the rhythm with your foot, the kick will coincide with those points. And if you play in easy mode you will see in yellow the tiles that match raised on both sides, so tap with both hands at the same time!

When you learn a song you should be able to play even with your eyes closed. In fact, we recommend trust your hearing more than your sight. If you keep up the pace but fail frequently, you can adjust the synchronization.

Encounters is a small indie game created by a 2-person team: Raquel (idea, music, development, and design), and Pilar (stories).

This game is full of characters underrepresented in games: a love story between an Asian girl and a Mexican boy with a physical disability, tech women that made a game (like us!), an alien female saving a black astronaut, a stray dog, a little boy who likes to bake cookies with his grandmother, a little girl who loves robots and comics, a black classical dancing woman, two funny lesbians: a detective and a thief.

Besides the characters and the lovely level stories, uncommon on casual music games, we have not found any music or rhythm game with similar mechanics, just tapping but with two hands coordination. Each hand plays a different instrument, or one hand the melody and the other one the accompaniment.

As the developer is also a music composer all music in the game is tailor-made, combining custom public domain songs and original music.

Gameplay controls
To lower the raised blue tiles just tap on the left or right side of the screen.

Game modes
TRAINING: Practice with each character separately to learn the song without wasting lives.
EASY: The song sounds slower. When you reach a yellow tile, tap with both hands at the same time!
NORMAL: The original game experience.
NIGHT: To unlock this mode you must get 3 stars in normal mode and learned the song, since the path will be dark.

Free to play
It's not a pay to win game. You can complete the game with no ads and no in-app purchases.
You can see an ad or use gems just in case you want to recharge lives faster or try locked levels.
Gems are obtained through achievements or stars at the end of each level, and you can also buy them.

Do you want to know how these stories end? You must play the level and pave the way for the characters to meet. 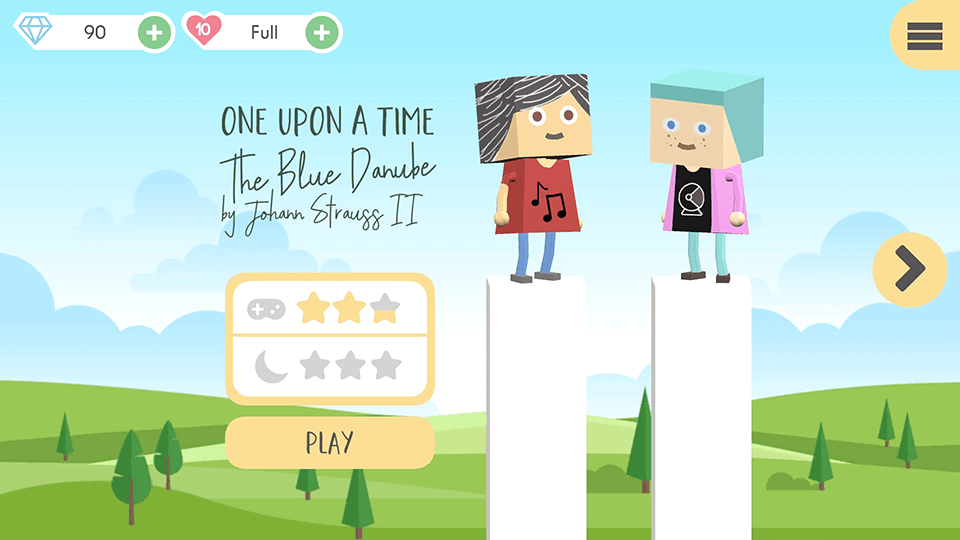 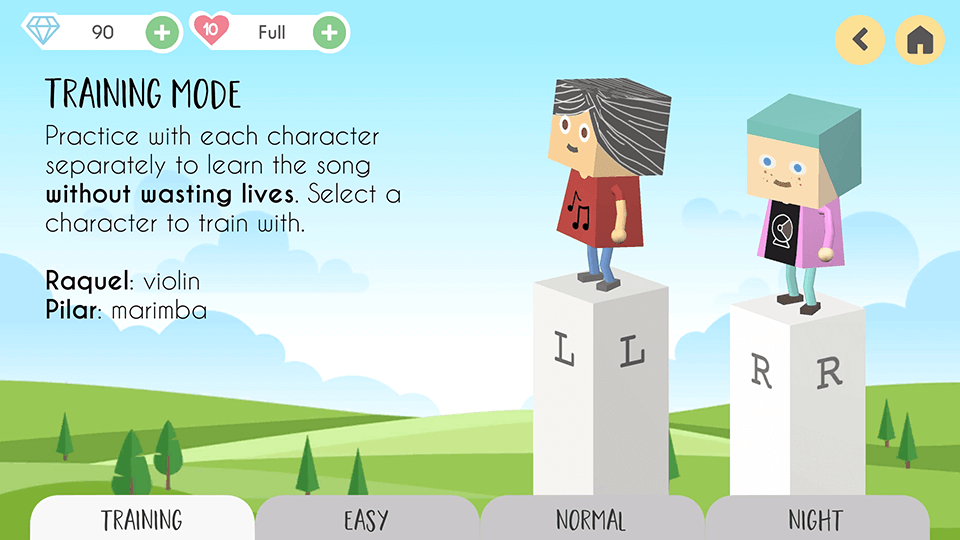 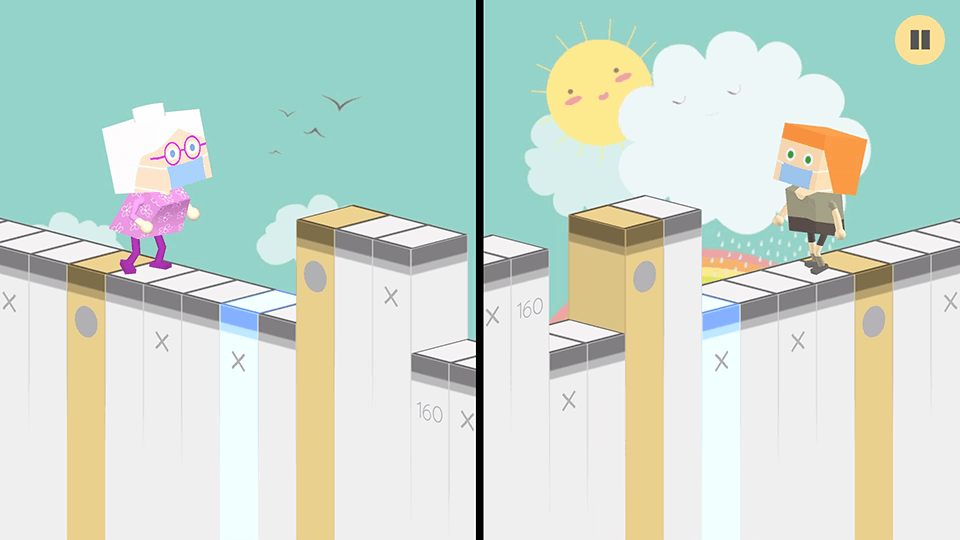 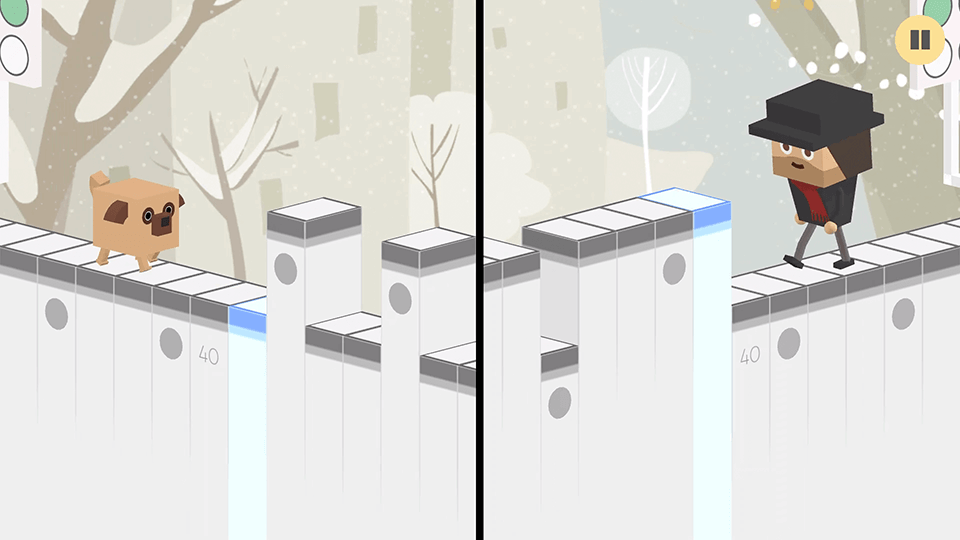 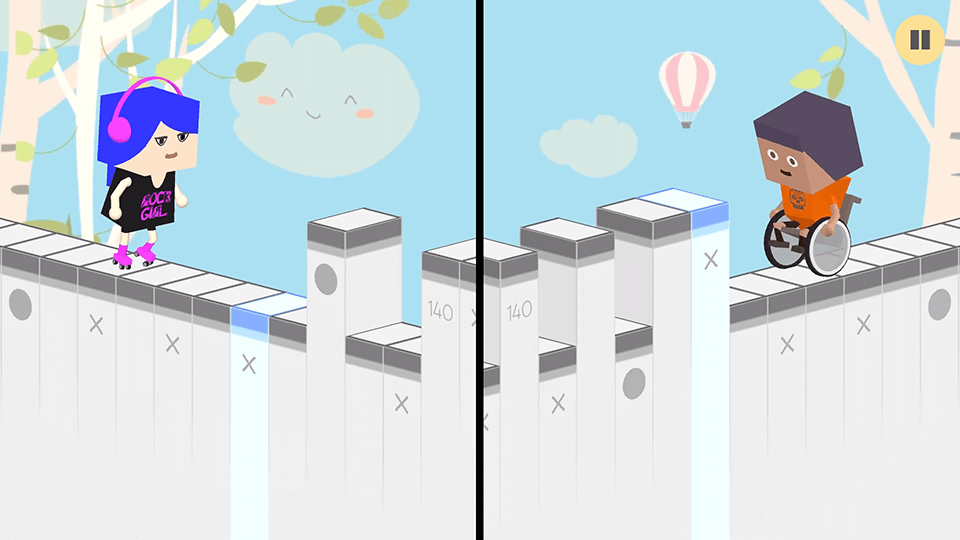 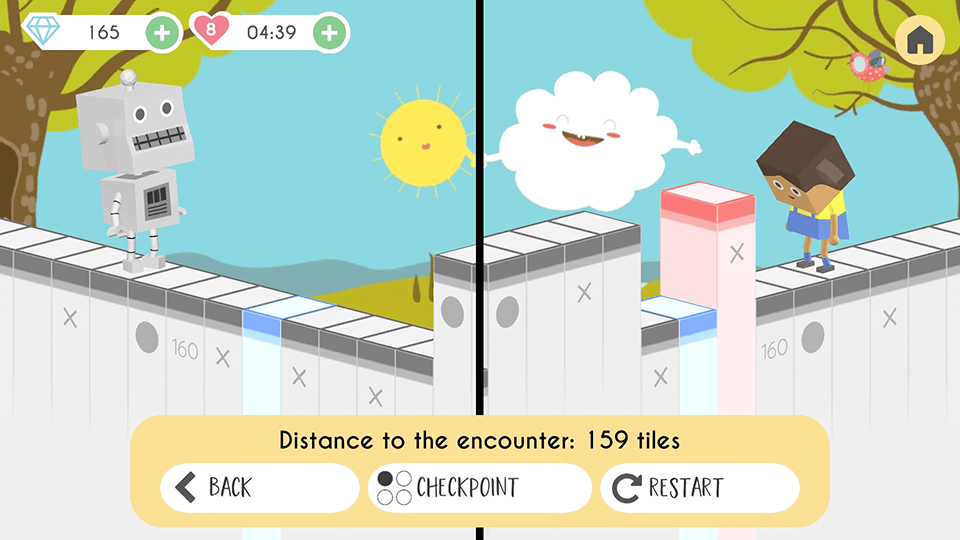 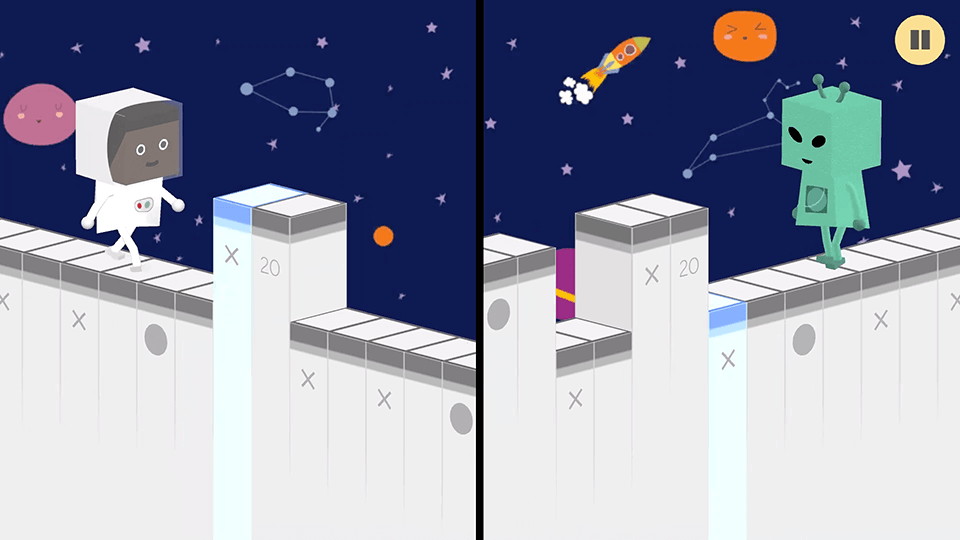 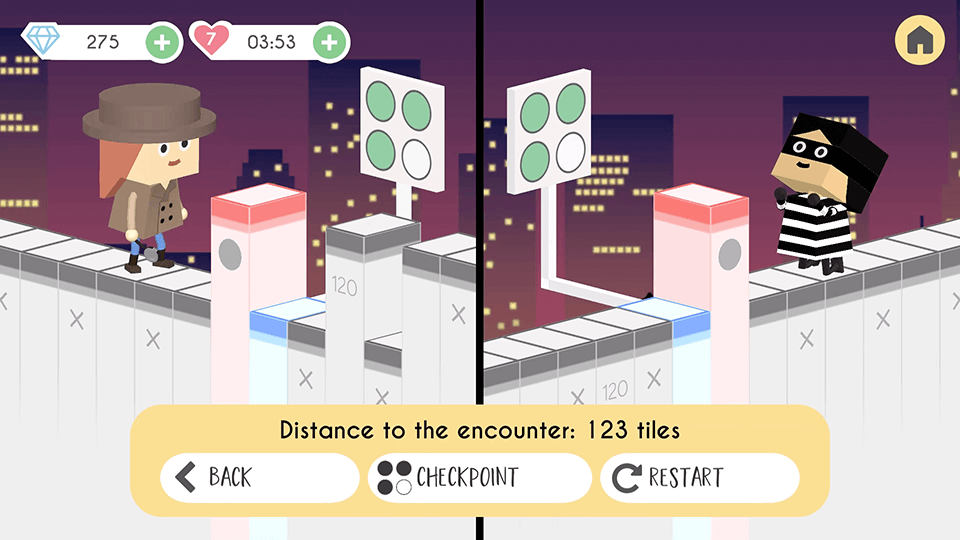 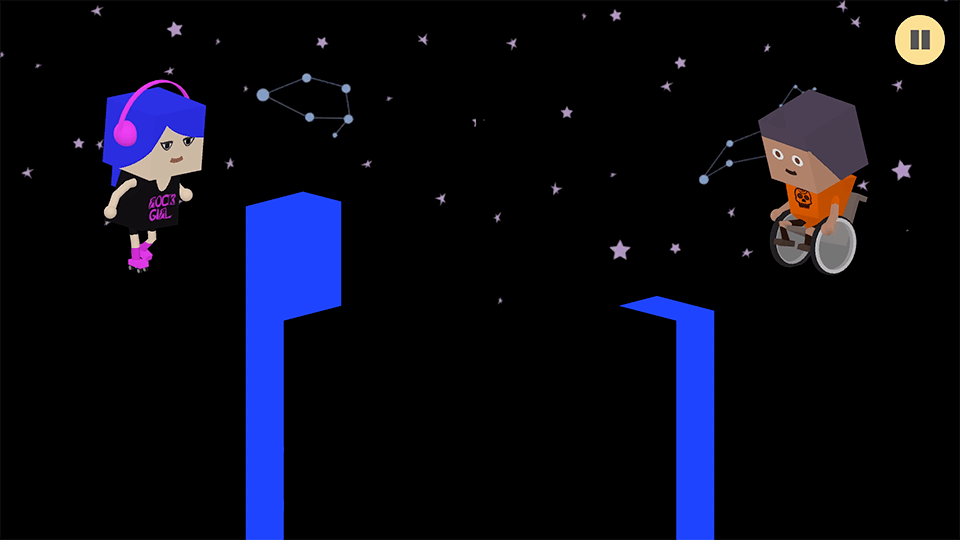 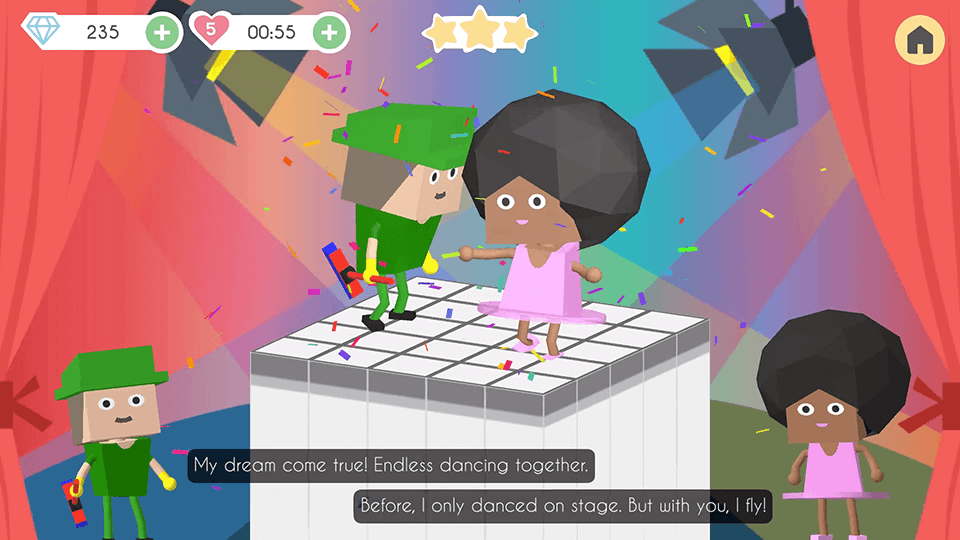